Smells in the city

For me, the most vivid way to recollect a city is through its smells. 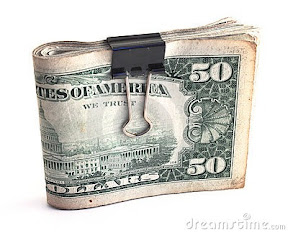 Every city I have lived in or visited for any length is imprinted on my memory as a unique collection of smells. Take New York, for instance. For me, New York is a combination of slightly rotted vegetables, the steamy acridity of the subway vents, and above all the smell of money. Arriving in New York meant exchanging crips plastic Australian bills for a wad of smelly green paper, seemingly imprinted with the sweat of a thousand bluffed poker hands. Not being as particularly visual person, the skyline left me underwhelmed. The Empire State Building looked bigger on TV. But the smells made a deep and unique impression.

London, I'm afraid, is the smell of sweaty Englishmen. Packed together on the Tube; packed in the streets and shops of un-airconditioned Oxford Street. Overlaid with a hint of the ubiquitous dog shit and underlaid with the faintly miasmatic background smell of the Thames. I don't have many happy memories of London and I guess I have the memories of the smells to match.

Liverpool is another matter. I spent five years in London and Oxford, packed into the centre of a teeming Britain, and I shall never forget first getting off the train at Lime St Station in Liverpool, walking outside and smelling the salt tang of the sea breeze for the first time in years. It smelled like home: that sea-smell could wind its way around the world like a nineteenth-century clipper and draw me back to Sydney harbour like Ariadne's thread. Add to that sea-salt smell a dash of mango chutney and a pinch of gunpowder, and it could be the smell of the British Empire itself. 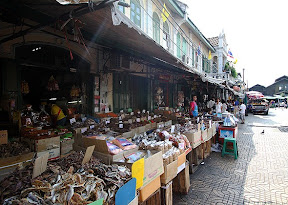 Of course, the world is full of exotic-smelling cities. Bangkok is uniquely by its particular blend of river, spice and two-stroke petrol-oil fumes. Cairo is sand: the sand of the desert, the sand of the sandstone used to construct just about everything, and a sort of gritty sand that guts up your nose and in your eyes and in your pores. Not exactly a smell, but hard to pin down to any one of the senses.

Canberra, where I now live, has no smell. It is prohibited by by-law. Once, it had a faint tang of pine, from the pine-plantations, but they burned down in 2003 and in any case the smell of pine only ever served to reinforce the antiseptic flavor of the place. Now there is nothing. Sanitization is complete. 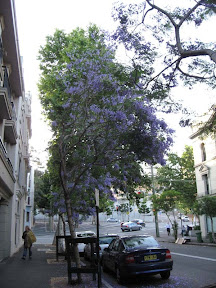 And my favorite? Sydney, of course. I guess that is why I am writing this now. Spring in Sydney brings the smell of warm jasmine over the top of the background smells of the harbour - seawater and the marine diesel of the harbour ferries. Add to the mix the crackling ozone tang of a November thunderstorm just over the horizon, and it smells like paradise, and it smells like home.